Kidney stones are painful and extremely unpleasant. However, there are some great at-home remedies that you can try if you are experiencing the symptoms.

Below, we will go over everything you need to know about kidney stones, and how you can get rid of them with apple cider vinegar.

How To Dissolve Kidney Stones With Apple Cider Vinegar

What Are Kidney Stones?

Kidney stones are solid “stones” or masses that are made up of crystallized salts and minerals. This develops along the urinary tract and inside the kidneys themselves, and is extremely painful.

These stones are created due to a buildup of the minerals in your urine, which typically happens if your urine is very concentrated.

They often run in families, and can differ in size. Individuals who have had them before are more likely to experience painful symptoms.

There are a number of symptoms associated with kidney stones. These can vary in strength, with some individuals experiencing more extreme symptoms and pain than others.

However, these are the common symptoms to look out for:

If you experience any of the above symptoms, you should make an appointment with your local healthcare practitioner. They will help you get to the bottom of the issue and recommend your next steps.

When you have a diagnosis of kidney stones, you can either seek medical treatment if necessary, or try an at-home remedy. A popular is to use apple cider vinegar to get rid of these painful stones.

Can Apple Cider Vinegar Be Used As An Effective Remedy?

When this happens, the kidney stones can dissolve and no longer cause any unpleasant symptoms. Partially dissolved kidney stones will also reduce the stones in size, and make them easier to pass in your urine.

Apple cider vinegar is also said to alkalize the urine and blood, while simultaneously increasing stomach acids. This in turn will then prevent any new stones from forming, while also improving digestion.

Not only that, but the use of apple cider vinegar might extend as far as reducing inflammation and pain caused by kidney stones.

It can help the body get rid of the toxins and any excess minerals that may lead to kidney stones being formed. Some people claim that apple cider vinegar has a strong cleaning effect on both the liver and kidney.

Is There Any Research To Back Up These Claims?

Unfortunately, the majority of the “evidence” supporting the use of apple cider vinegar  (see also: How To Cleanse The Lymph System With Apple Cider Vinegar)to treat kidney is merely anecdotal. In other words, there is no solid evidence to suggest that it works.

However, that isn’t to say that apple cider vinegar couldn’t be or isn’t an effective treatment option. It could still work, but more evidence is needed for it to be a widely supported fact.

There are trace amounts of potassium in apple cider vinegar. This has been shown to help prevent kidney stones from forming.

According to a 2016 study, it was found that a higher intake of dietary potassium was strongly linked to the prevention of kidney stones being formed.

However, it’s important to note that it is possible to take too much apple cider vinegar. This can result in potassium loss.

As such, more research is needed to find out if there is a real link between potassium in apple cider vinegar and kidney stones.

In 2017, a study looked into kidney stones and the associated dietary habits. In this case, fermented vinegar was found to prevent kidney stones.

It was also linked to a lessened risk of developing or forming kidney stones.

Similarly, legumes and tea were also found to have the same effect. However, more research is still needed to come to a conclusion that can be used in science.

It was also proven to lower cholesterol levels, which may be useful in preventing the formation of kidney stones.

This is because higher body weights have been linked to the formation of kidney stones, and those who are overweight are more likely to have higher cholesterol levels.

How To Dissolve Kidney Stones With Apple Cider Vinegar

Using apple cider vinegar as a means to combat kidney stones won’t harm you if you do it right, and may have many benefits.

As there is no risk to you, there is nothing to say that you shouldn’t use apple cider vinegar.

You can try to treat kidney stones at home by simply taking 1-2 tablespoons of apple cider vinegar in a glass of water every day. You can even add some honey to the liquid to combat the flavor of the vinegar.

It’s important to never drink apple cider vinegar on its own, as it can burn the throat and harm enamel on the teeth.

You should also rinse your mouth after drinking it to get rid of any residue in your mouth.

Adding lemon juice and some olive oil is also a common option for many who take this ingredient for kidney stones.

All you need to do is combine 2 oz of olive oil, 2 oz of lemon juice, and 1-2 tablespoons of apple cider vinegar and dilute it in a glass of water. Add honey to make it taste better, if you like!

While more research is needed to determine the effectiveness of apple cider vinegar against kidney stones, there may be several benefits.

Drinking diluted apple cider vinegar won’t harm you, so ultimately it could be worth seeing if you notice any improvements.

If you don’t see improvements by using apple cider vinegar, you can try another kidney stone home remedy. Alternatively, you can seek medical treatment. 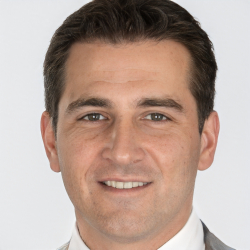